Stirring up fashion controversy is fun! The fashion topics which usually result in heated discussions are pleats in men’s pants and whether or not you can wear black and navy together. I think we have found a new one! For those of you who did not yet read yesterday’s blog post about what I perceive to be an inability to dress appropriately for the seasons in DC, click here or scroll down before you read the reaction of a true southern girl below. Maybe next week I’ll talk about black and navy!

Just had this conversation at lunch today. Clearly you did not think about what my response would be as a Southerner before reaching your conclusion. OF COURSE wearing summer white is not okay in March in the South. Where in the country is the no white before Memorial Day or after Labor Day rule most strictly adhered to? Where do sororities and the junior league still school the majority of college girls and young women on the importance of such rules? That would be in the South. Never in my hometown would someone ask the question I was asked today: “Why do we even have that rule about not wearing white in winter? Were there a bunch of old ladies sitting around with nothing better to do who wanted to be in control?” I mean really. My response was that I could only think of impolite responses and thus I really could not answer her. (Because anyone with any sense of style or propriety would not be caught dead wearing summer clothes in the winter! Because it just looks completely wrong and tasteless! Because you do not live in Miami! Because the fashion gods know better than you!)

The only concession I will make is that in the Deep South we do tend to use Easter as the marker for the day you can begin to wear white for the season instead of Memorial Day (traditionally that’s the date by which you buy your white- ie, summer -church shoes for the year, to be worn with your new pastel Easter dress), and sometimes Easter can come in March. But rarely does it come on March 1st, and it certainly doesn’t this year. Easter 2012 is April 8th. And in any event, no, DC is NOT the South. If it were we would not be having this discussion. The memorial Day rule clearly applies in this town. Thanks for letting me rant! I feel much better now. 🙂 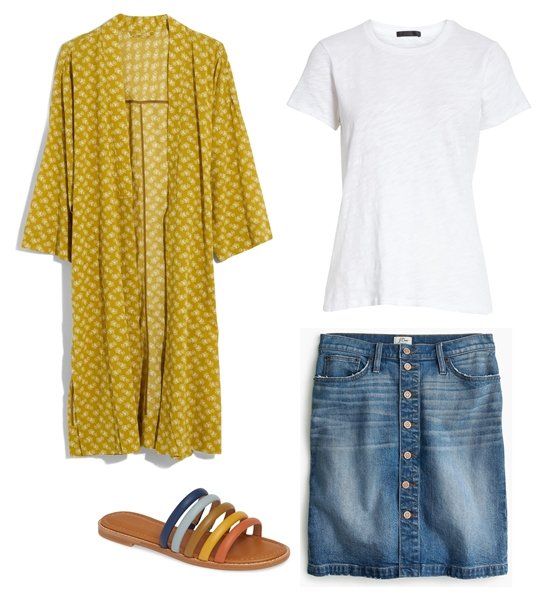