Best part of my abbreviated Oscar’s experience (I missed the red carpet and the first hour and a half for a previous engagement): a male member of my household (who shall remain nameless) commented that the fully exposed cleavage on practically every actress was ok by him. I was a bit more scandalized by it. Enough said about the most major trend at the Oscars: the Deep-V neckline. Keep reading for more trends and my favorite looks.

“Grown-Up Princess” was my favorite look of the night. Every woman wants to star in her own fairy tale Oscar night and these actresses nailed it, especially Alicia Vikander, who walked away with her own Oscar. 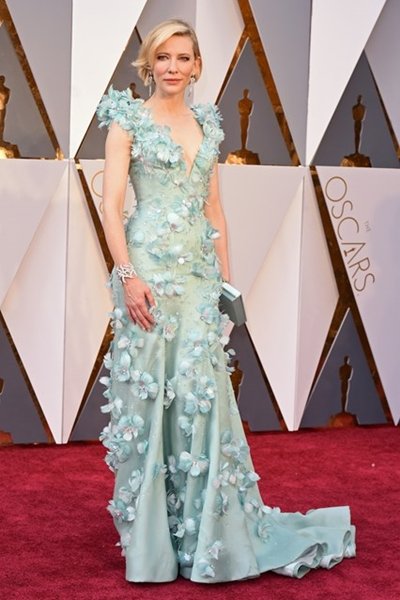 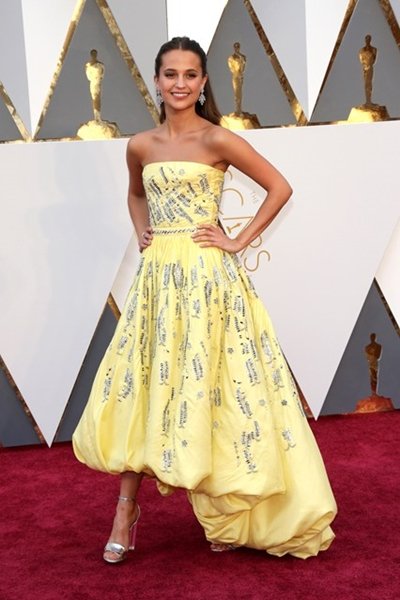 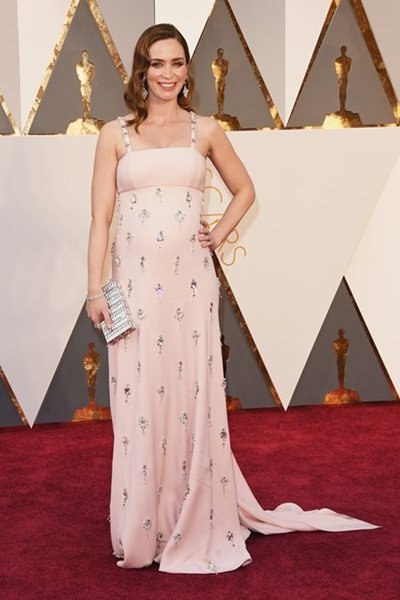 The above pastel looks aside, bright color ruled most of the night. Which one is your favorite? I vote for Naomi Watts in Armani because of the interesting ombre effect in her gown as well as the fact that she isn’t hanging out of it. 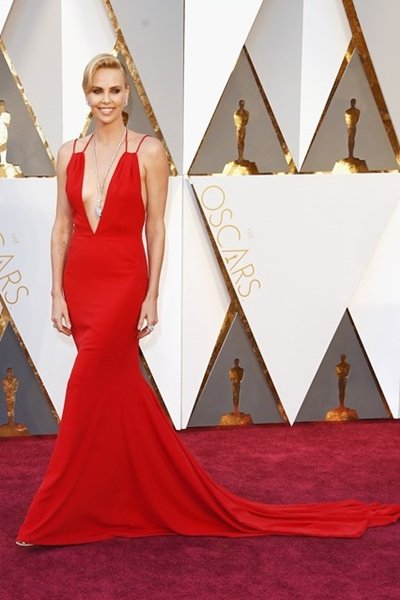 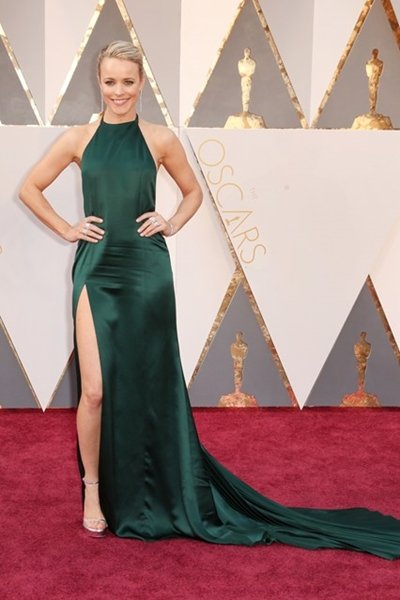 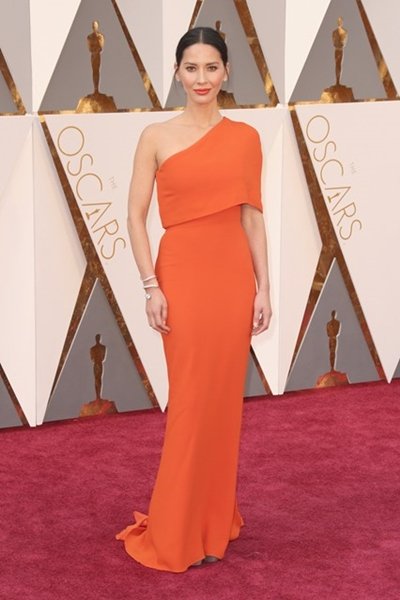 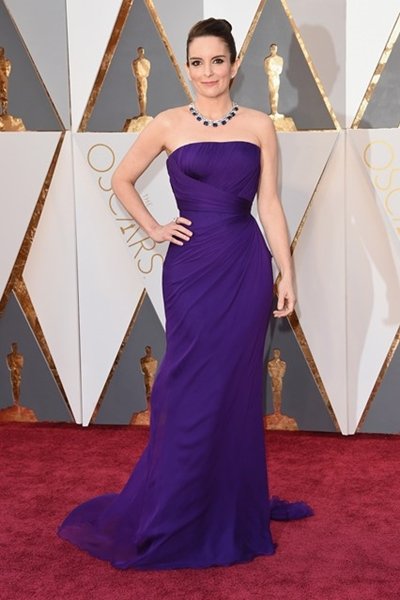 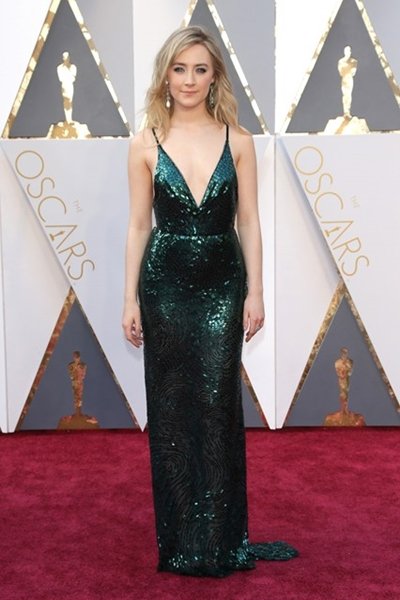 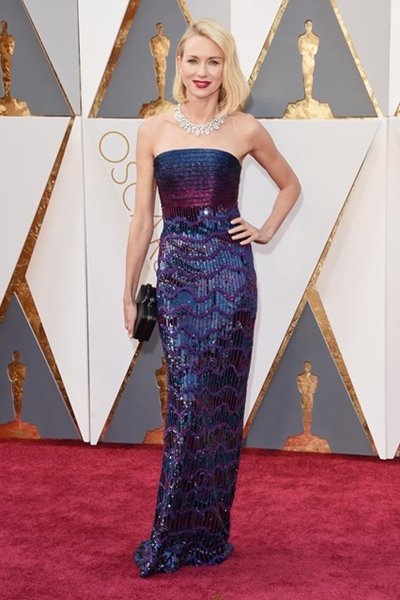 Oh black dress, you can be so boring, and there were plenty of those at the Oscars! We’ve handpicked the best of the best looks in black for you. We are bucking the usual and highlighting looks from some Oscar spouses this year. I kind of want to be best friends with Sunrise, Mark Ruffalo’s wife, after seeing the look glamourous goth look she boldly chose for the ceremony this year. Besides, who doesn’t want a friend named Sunrise? P.S. I’m still trying to figure out who designed her dress! 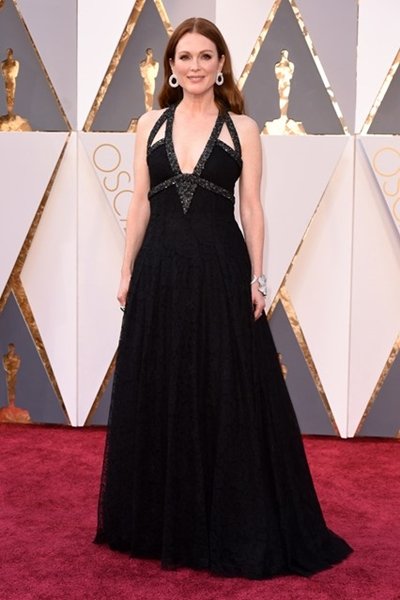 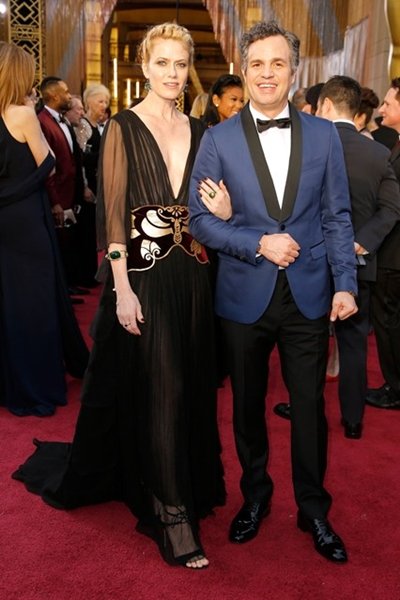 The three white hot looks below prove that this red carpet trend doesn’t have to be a snore or see-through, to be impactful. 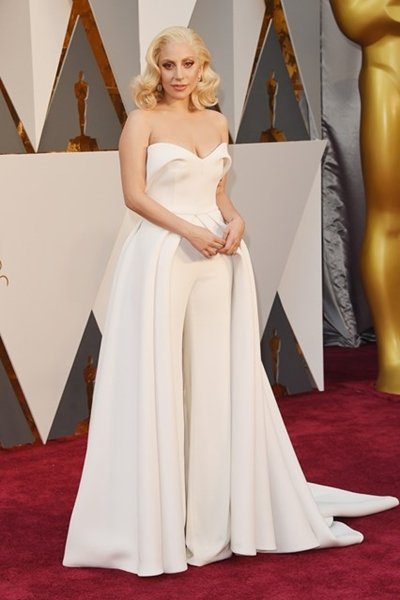 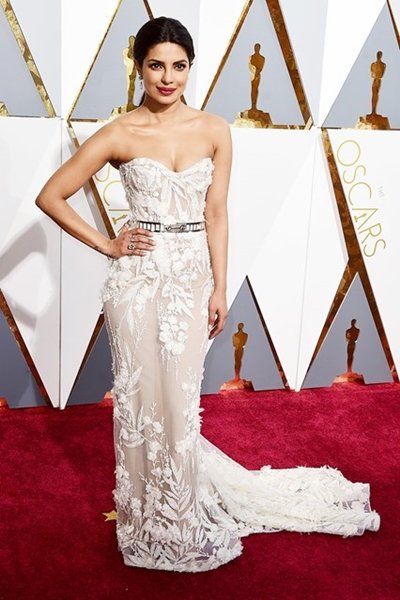 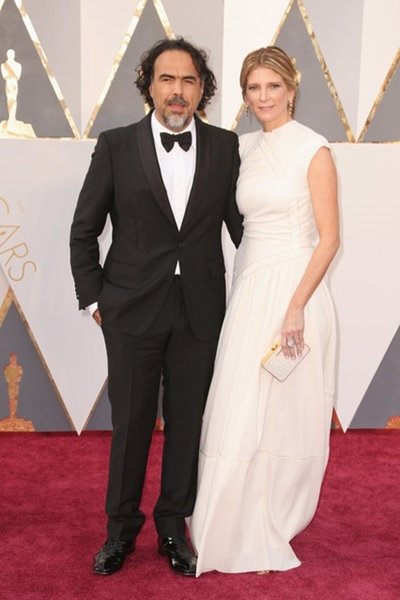 The men really went all out this year. Eddie Redmayne sweated his way through the evening (he really said that) in velvet. Eddie, we promise you it was all worth it. He and his pregnant wife, Hannah Bagshawe, win chicest couple in my book. Keep scrolling down for the trend of the night, blue tuxedos, as well as some very “interesting” outfits on the likes of Jared Leto, Common and Pharrell. I think they all looked awesome, but I’d love to hear your thoughts! 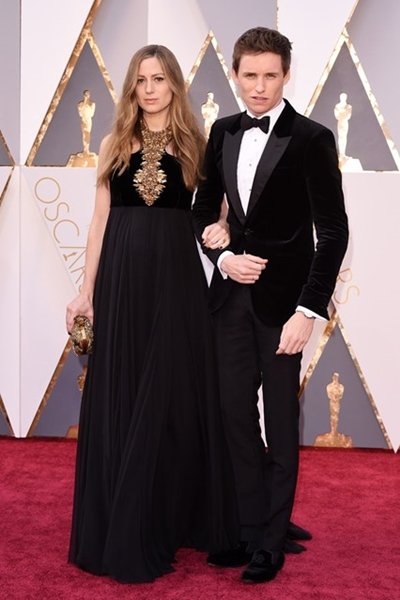 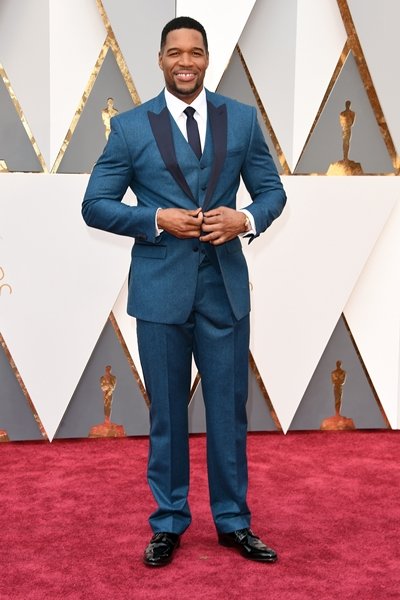 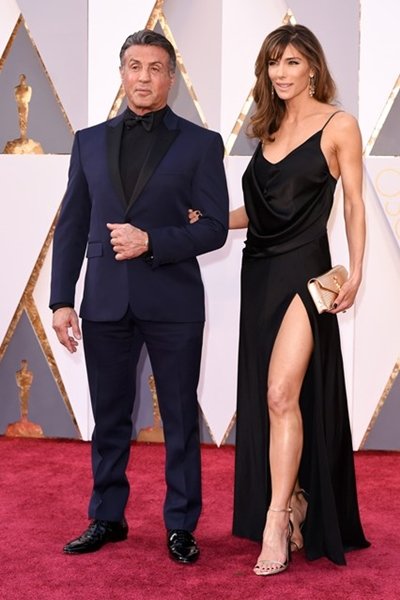 Doing Their Own Thing

Jared Leto never ceases to amaze and surprise with his red-carpet looks and I love that about him. A flower instead of a bow tie? Why not? Pharrell balances out his new blond do’ with an ankle grazing tuxedo and pulls it off brilliantly. Common is pretty much the chicest thing on the red carpet, man or woman, in his almost all-white Dolce and Gabbana look. 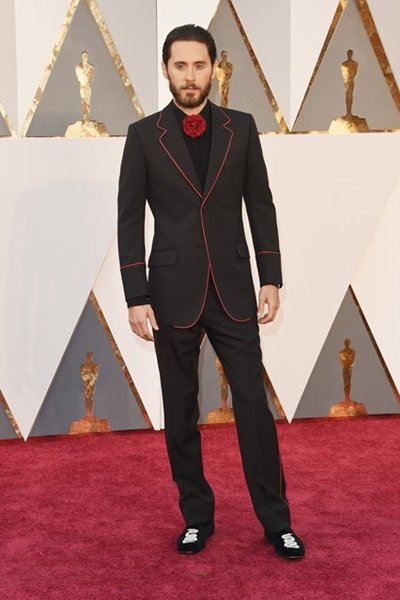 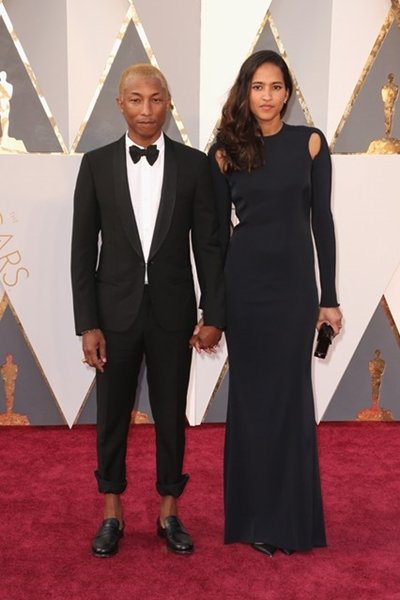 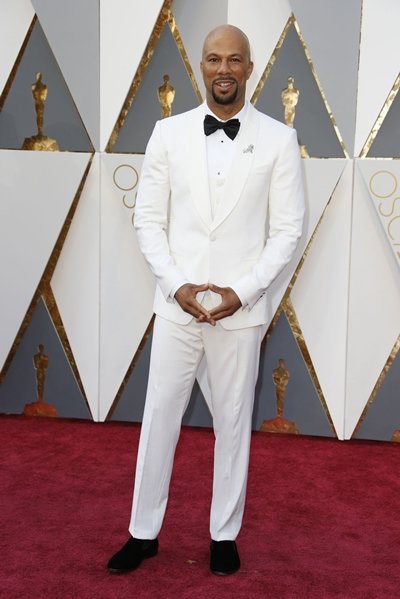 Common in Dolce and Gabbana 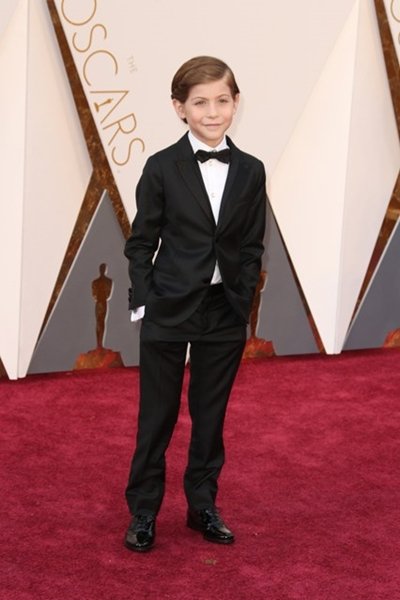 Lani Inlander is a personal stylist, working with clients who want to feel their best and look put-together every day. You can find her in the Washington, D.C., Maryland, Virginia and New York areas. 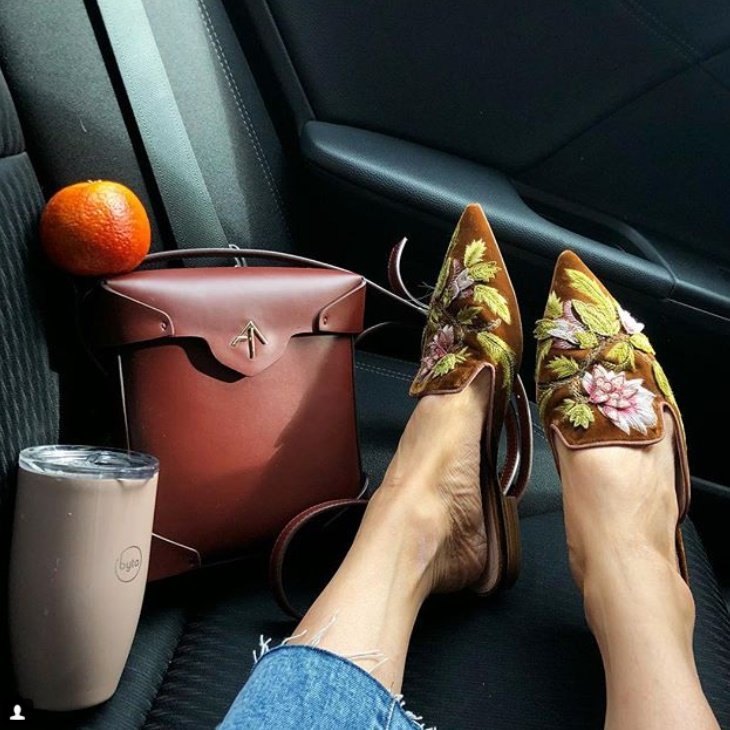