The culmination of the awards show season, The Oscars, is coming up on February 24th. Continuing  my obsession with sustainable fashion, I want to tell you about the increasingly popular trend of wearing “green” on the red carpet. At the Oscars in 2012, Meryl Streep shined in a beautiful gold gown by Lanvin made from eco-certified fabric. This year at the Golden Globes, Bradley Cooper stood out in an eco-tux designed by Tom Ford. (Scroll down to see their looks!)

These two creations, plus many more, are all thanks to Livia Firth. Although you may know her as Oscar winner Colin Firth’s wife, Livia has been making a name for herself since she launched the first Green Carpet Challenge with Lucy Siegle at the Golden Globes back in 2009. The Green Carpet Challenge is Livia’s way of combining eco-friendly fashion with the high glamour of the red carpet, enlisting designers and celebrities alike to join her in promoting sustainable style. 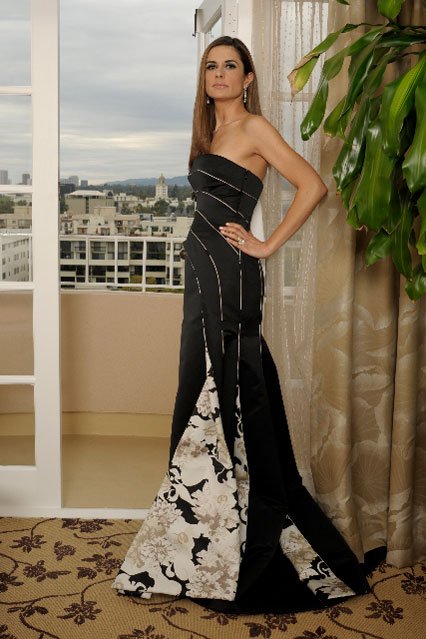 The gorgeous Livia Firth in Armani for the 2012 Golden Globe Awards. This gown was made from the fibers of recycled bottles from Italy!
In September 2012, Lucy and Livia started The Green Cut project for London Fashion week. The Green Cut merged British film and fashion as eight designers used classic movies as inspiration for their designs, featuring sustainable materials. The dresses from the collection were later seen on celebrities such as Nicole Kidman, who wore the interpretation of My Fair Lady by L’Wren Scott and Stephen Jones to Derby Day in Melbourne. 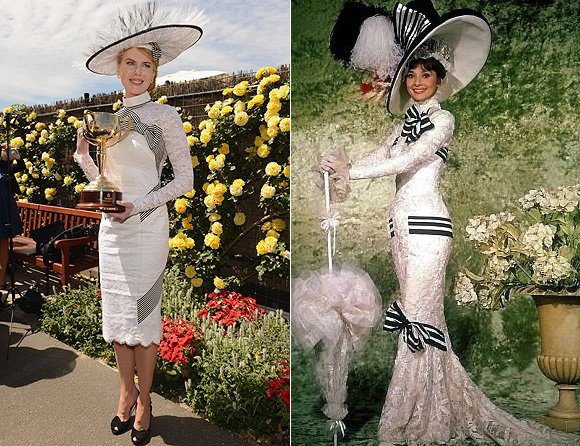 Nicole Kidman in a L’Wren Scott dress and Stephen Jones hat inspired by My Fair Lady.
Since GCC’s beginning in 2009, Livia and Lucy have partnered with huge names such as Stella McCartney, Tom Ford, Armani, Gucci, Valentino, and Tory Burch, just to name a few. For many designers, the GCC inspired them to make their very first eco gown!
Who knew recycled and organic materials could be so glamorous? See if you can spot the celebrities who’ve joined the Green Carpet Challenge at the upcoming Oscars! 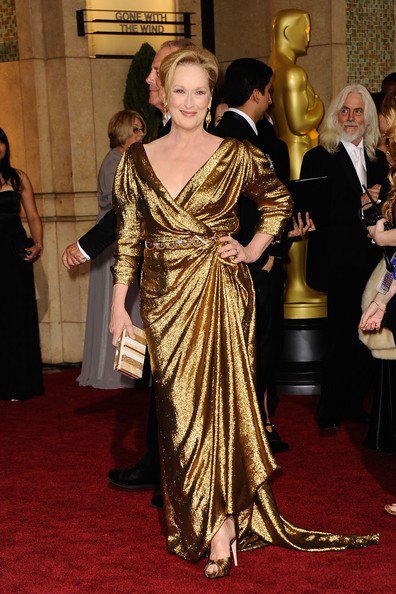 Meryl Streep in Lanvin’s first ever custom made eco-gown, made from eco-certified fabric, at the 2012 Oscars. 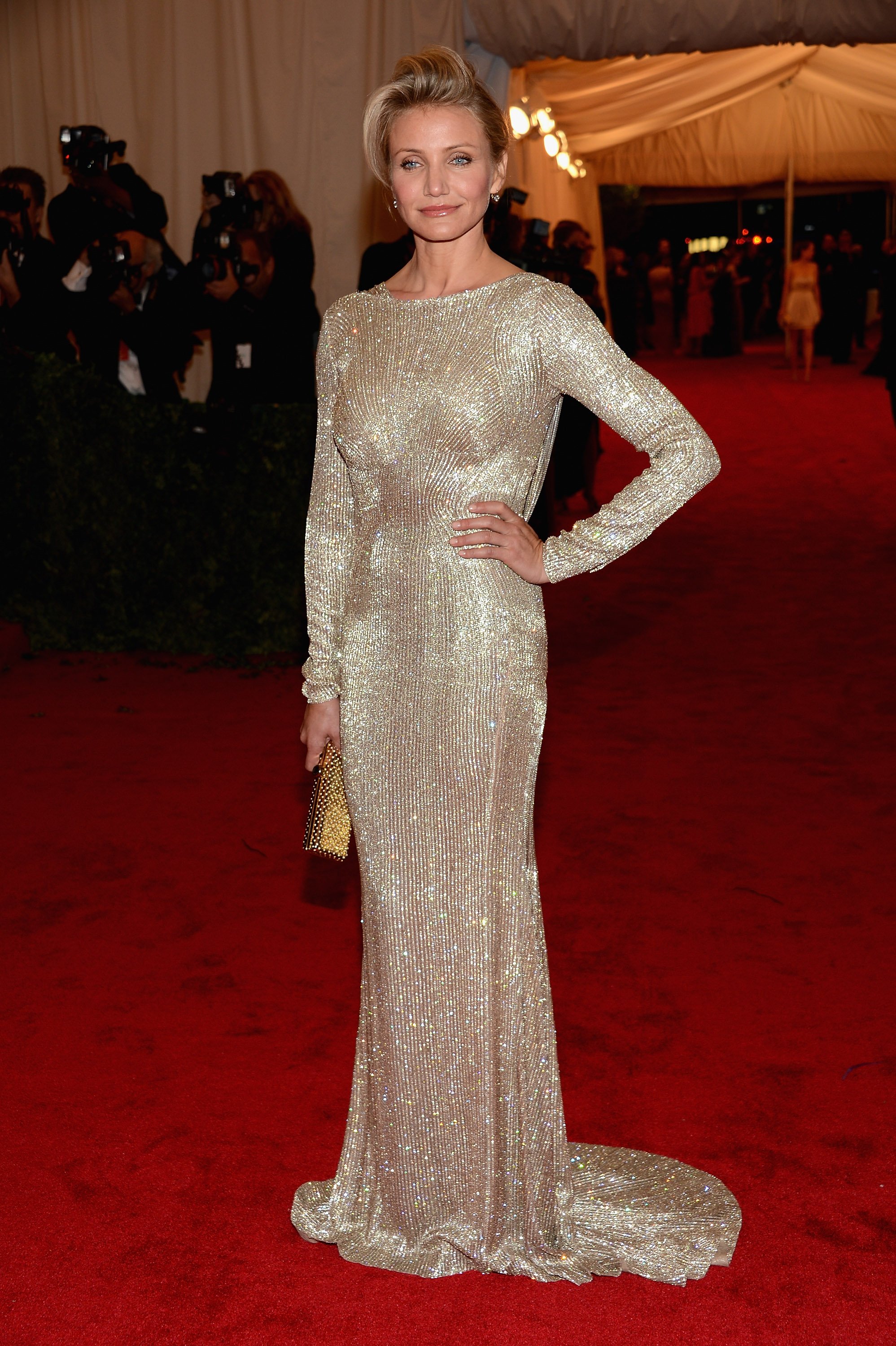 Cameron Diaz at the recent Met Ball in a gold gown made with organic silk and thousands of glass beads by Stella McCartney. 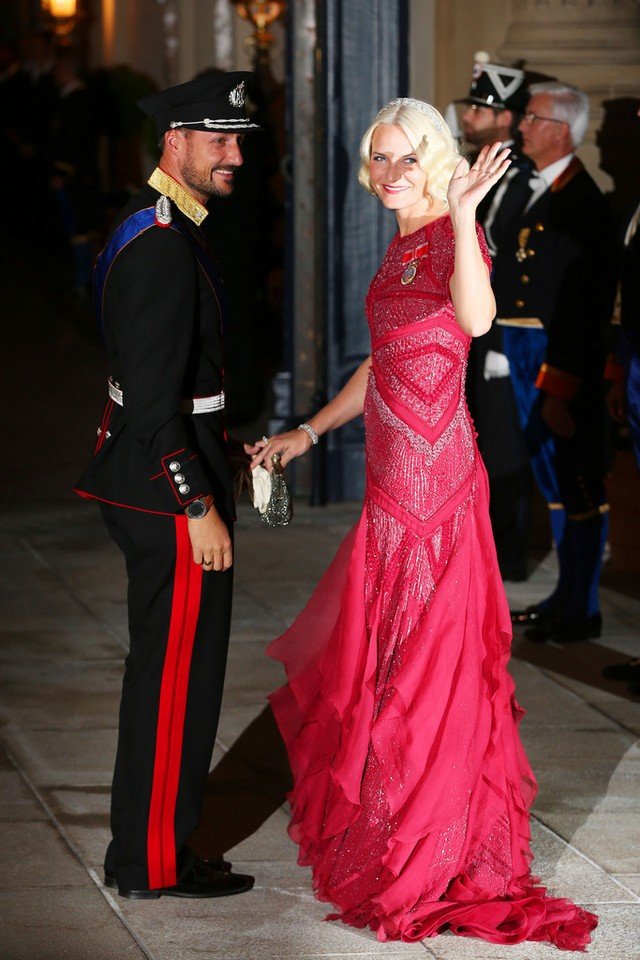 HRH Crown Princess of Norway Mette Marit in Pucci by Peter Dundas, made with organic silk and recycled glass beads. I love this color!

Julianne Moore in a dress made from upcycled vintage materials by Tom Ford for the Game Change premiere. The body of the dress is made from an old vintage gown while the sleeves are taken from vintage velvet panels. Breathtaking! 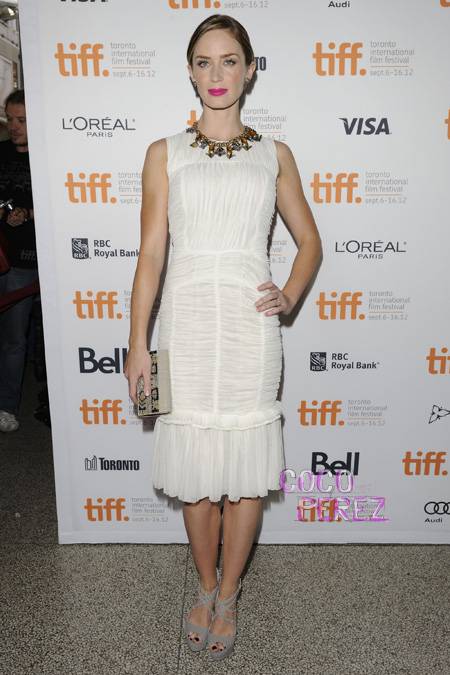 Emily Blunt at the International Toronto Film Festival in a Tory Burch dress made with leftover, end-of-the-line silk from Burch’s previous collections. The clutch Emily carried is by FEED 1000, which uses the money from each clutch sold to feed 1,000 school children in third world countries. 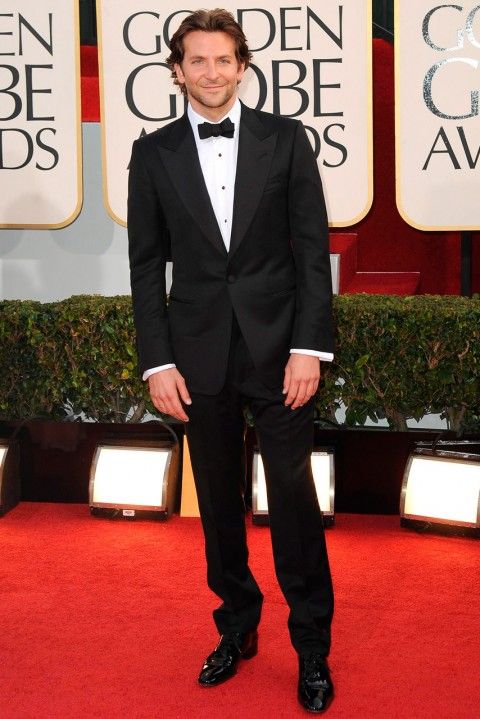 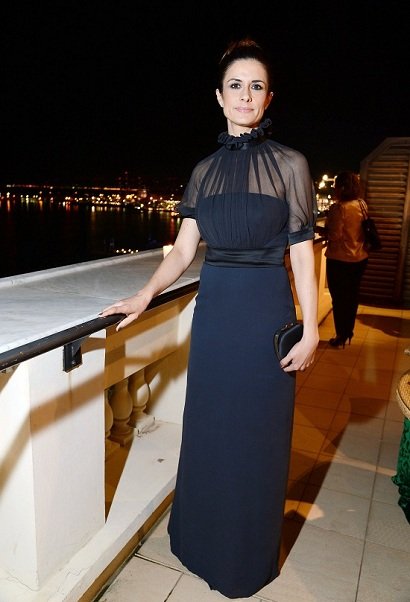 Livia Firth in organic silk dyed using natural wood pigmentation, created by Gucci for the premiere of the restoration of the film Once Upon a Time in America. So elegant! 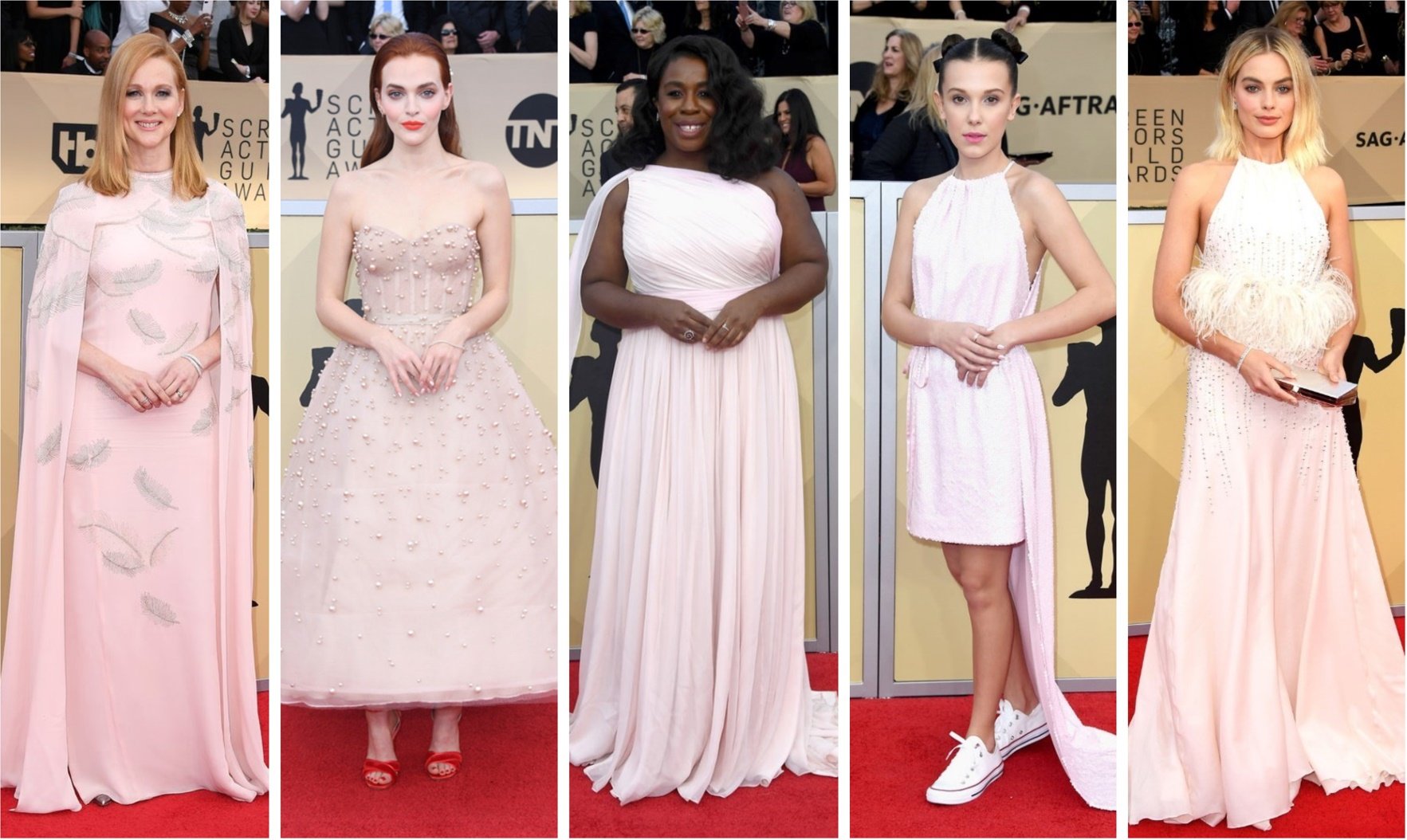 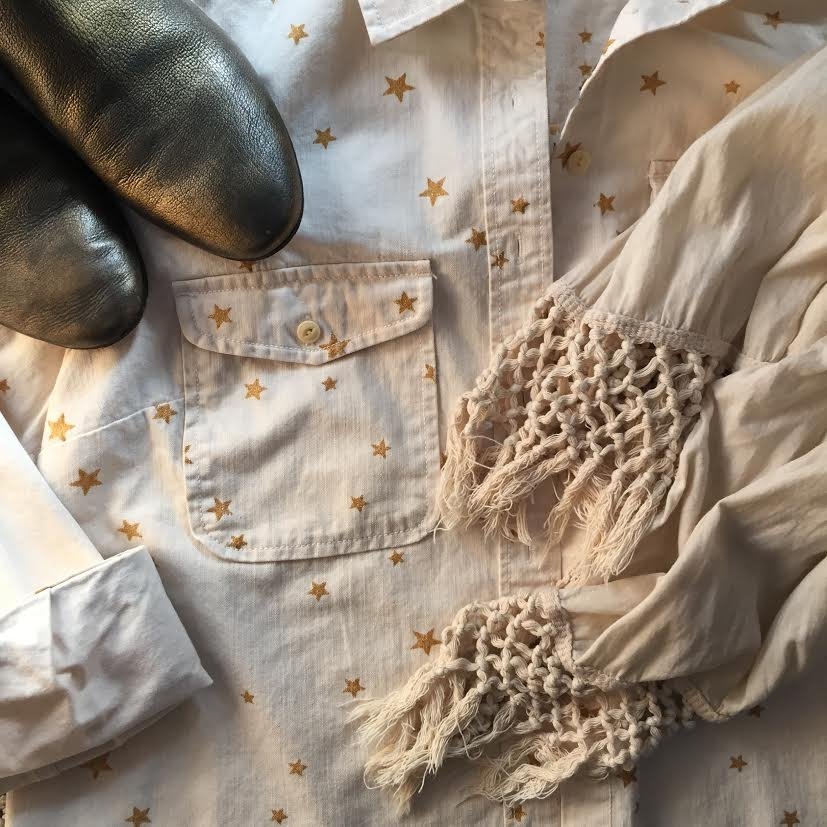 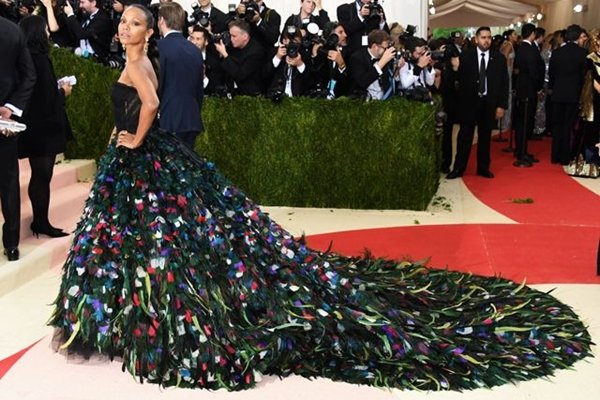